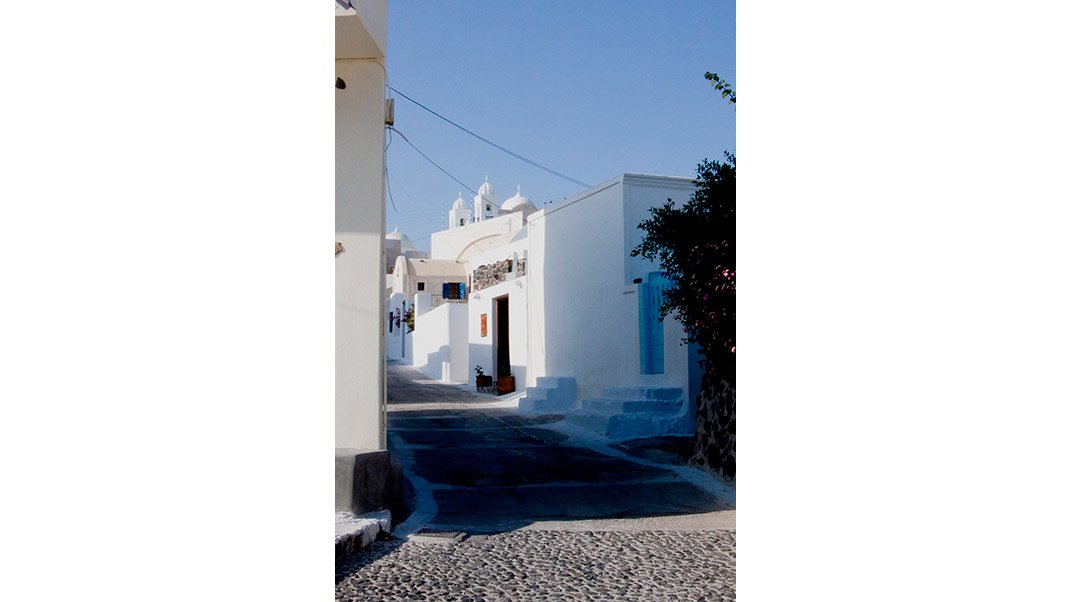 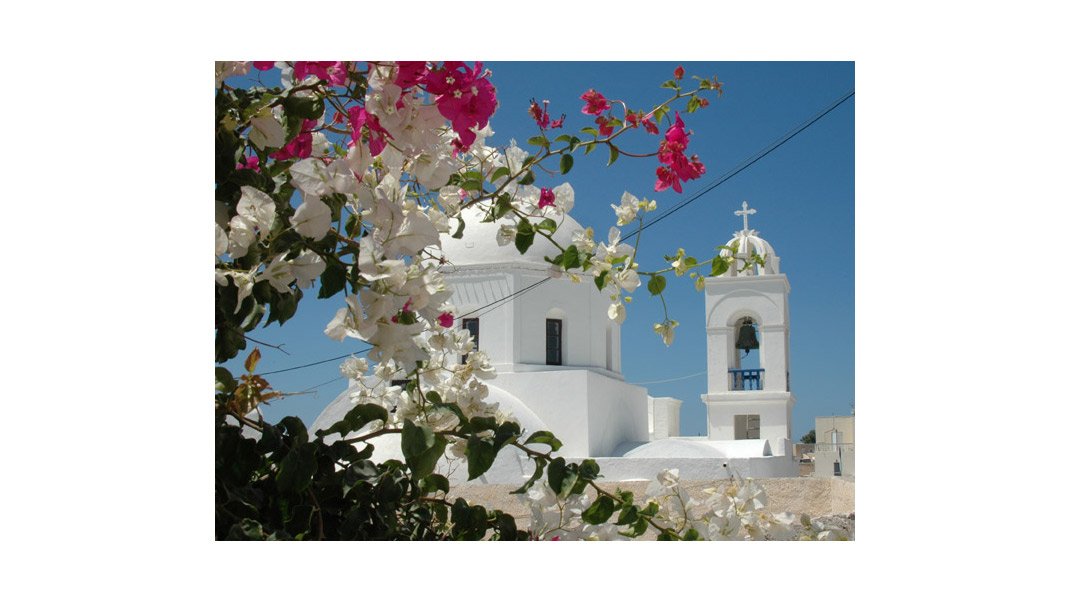 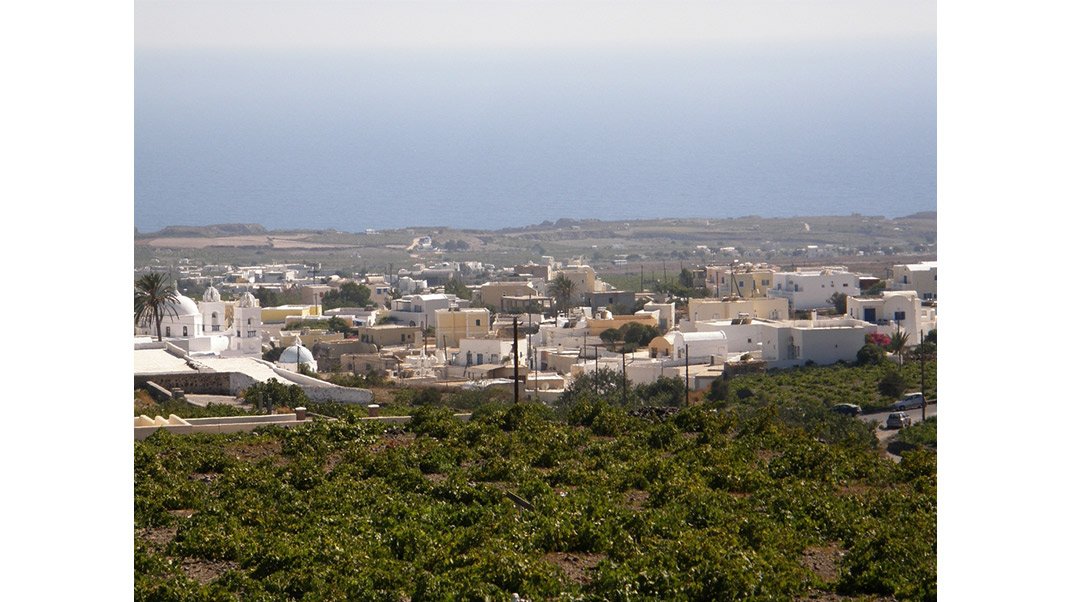 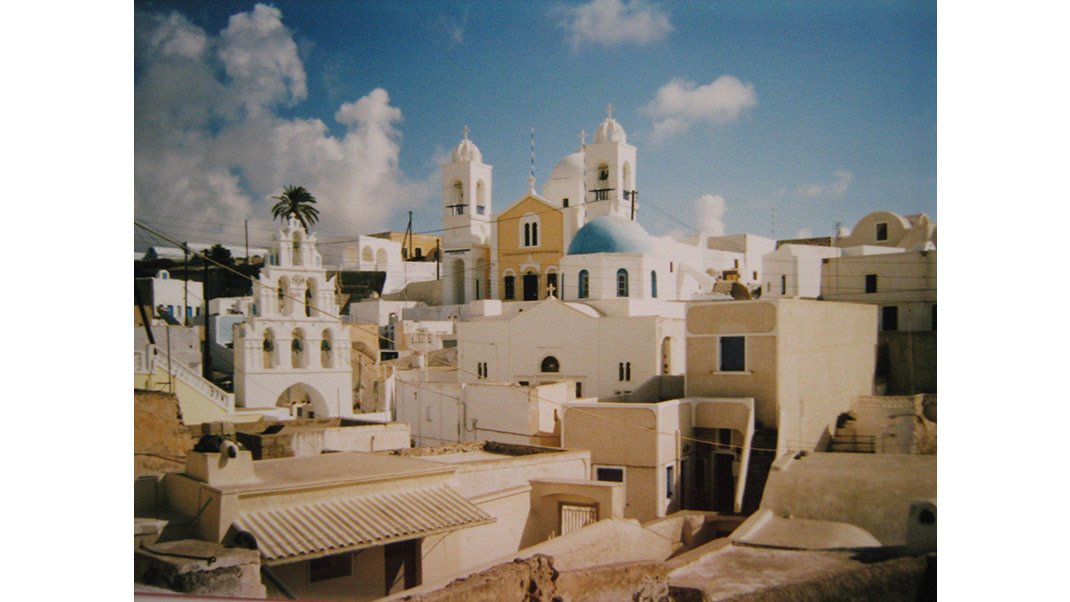 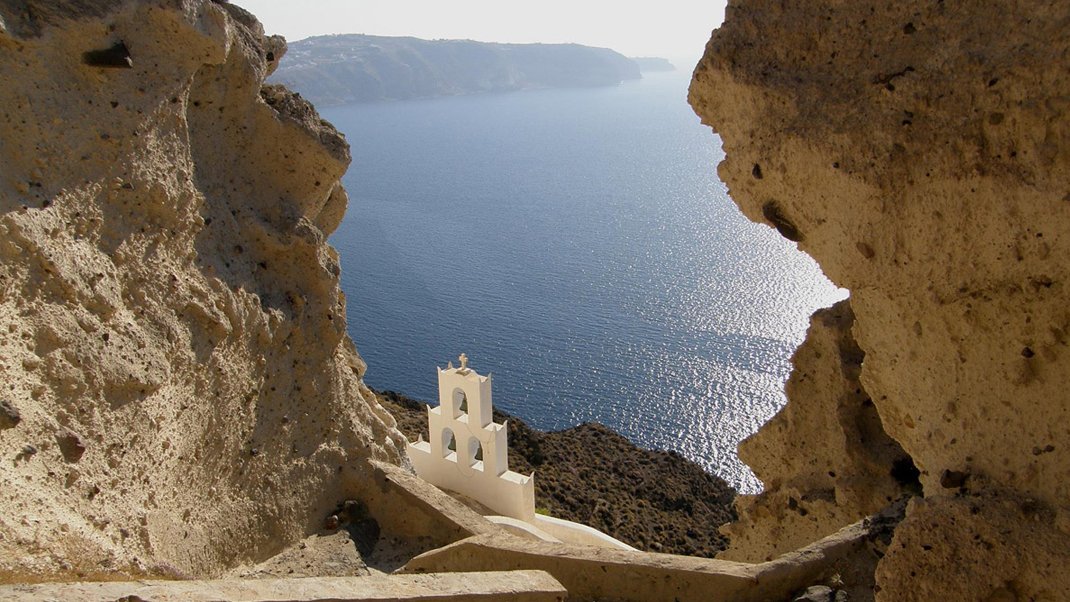 80,000 years ago the island of Santorini was born after the first volcanic eruption. It was inhabited for the first time in the year 2000 BC and it was considered bastion of Minoan civilization. In 1450 BC there was a second volcanic eruption which destroyed the whole island. The civilization was covered by the tsunami which reached as far as Crete and took with it what was left of the Minoan civilization. According to the myth, Posidon and Aphrodites’ son, Triton created an island which was then called “Kallisti”, own to its beauty. The name “THIRA” comes from the Thivaio Hero Thira under whose orders the Dorians reached the island in the 9th century. In 304 AD Saint Irini from Thessaloniki was exiled to the island and from then on it was called “the island of Saint Iieni”, or “Santa Irini” and from there came the name Santorini but the name “Strogili”(means circle) came from the shape of the island.

The Minoan city at Akrotiri

The Ancient Thira at Mesa Vouno

Museums of Prehistoric Thira in Thira

The Naval Museum in Ia

The monastery of the Prophet Elias in Pyrgos

One day cruise to the volcanic island, the new and old Kameni and to the island Thirasia

Megalochori is one of the most beautiful villages on the island which has managed to maintain its traditional architecture.

As far as it concerns the name of the village, opinions differ. Some say that the name came from the agricultural fields that the villagers kept, others strongly support that the name came from the personality that it represents from its origin. In any case your visit to this village is considered a fact if you see and experience the way people lived in Santorini many years ago. Even though most of the houses have been renovated, Megalochori has managed to retain its traditional value in combination with its maintaining its tradition which most of its villagers continue doing.

The village is worth photographing especially the church bells, two of which are over the main road. A matter of fact the church bells are from the “Panagia Isodion” church which is located in the centre of the village with 365 micro icons of saints, and for the “Saint Anargiry” church which is the main saint of the village which you will be able to find a few metres up on the same road. The villagers still have their endless vineyards to be able to produce their fine wines. You can also buy their well-known tomatoes which have been sun-dried, or made into a paste or even better a Greek honeyed sweet. Megalochori also has its own beautiful beaches and there is access either on foot following the footpath or by boat. These beaches are called “Panagia of Plaka” and “Christ of Athermi” which can be taken from another path. Megalochori also has beaches called “Vlihada”, “Katavati” and “Marmari” which can be reached by car or public transportation. You can also go to the winery and try the wines while seeing the premises. Megalochori is known for its ceramic art which is situated on the main road. There you can walk and follow lots of footpaths which were made by the farmers, these paths will take you to “Emborio”, “Vlichadas beach” “Saint Anna’s” and “Pirgos”. 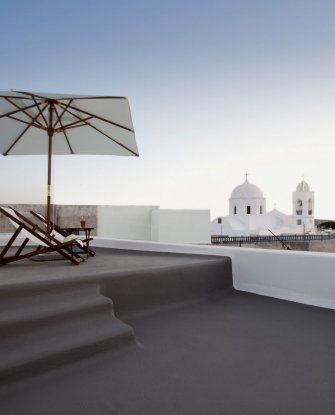 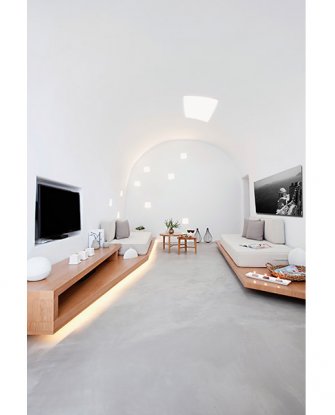 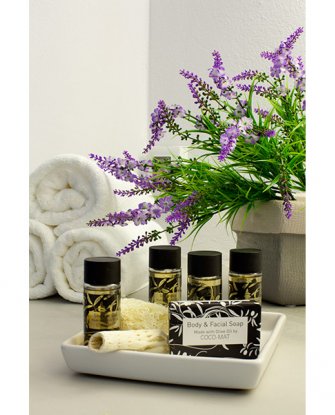